THE BOB EDWARDS AWARD GALA IS THE SIGNATURE EVENT OF THE CALGARY PUBLIC LIBRARY FOUNDATION.

The Calgary Public Library Foundation has a bold and audacious vision to take a great library system and transform it into the best in the world. At the heart of this vision is a strategy to nurture the potential that lives within every child in Calgary.

Early childhood learning sets the course for a child’s future and largely determines how well children will do in school, their physical and mental health, behaviour, relationships and general well-being. Early literacy enrichment delivers a powerful return on investment with direct lifetime benefit for children and profound social impact for our communities.

As part of its efforts to become the best public library in the world, the Calgary Public Library is creating innovative and interactive Early Learning Centres at each and every library, the world’s first library-based applied Research Centre for Early Childhood Learning, a suite of programs to foster the five early literacy practices, and outreach initiatives to take the Library into the community. This model will then be disseminated globally through public libraries, impacting children everywhere.

The Bob Edwards Award Gala is the Calgary Public Library Foundation's signature event and a civic tradition. Recognizing provocative individuals who are not afraid to speak their minds, previous recipients have included Matthew Good and Ian Tyson, Margaret Atwood, Pierre Berton, Preston Manning and Mary Walsh. Proceeds from the Bob Edwards Award Gala will be directed to the Calgary Public Library to support key priorities, including early childhood learning.

In 2015, the gala raised more than $300,000 to enhance programs and services offered by the
Library; making a critical investment in Calgary and the potential of its citizens. 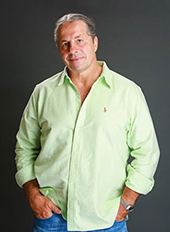 BORN INTO THE FIRST FAMILY OF PRO WRESTLING, BRET “HITMAN” HART HAS RISEN TO BECOME ONE OF THE WORLD’S MOST RECOGNIZABLE WRESTLERS AND HAS MADE A NAME FOR CALGARY AS A CULTURAL ICON AND CO-FOUNDER OF THE CALGARY HITMEN.

Trained by his father, Stu, Bret launched his career through Stampede Wrestling—a cultural phenomenon that is still fondly remembered today—and gained championship success with both the World Wrestling Foundation and World Championship Wrestling. He is credited with revolutionizing the professional wrestling industry, and is considered to be one of the most technically proficient wrestlers of his era.

While his on-screen persona is larger-than-life, Bret lived up to his status as a role model by visiting sick children while travelling all over the globe. Although he was forced to retire in 2000 due to a severe concussion (which was followed by a major stroke), Bret battled back and has explored new adventures, including a recurring role on Lonesome Dove: The Outlaw Years and starred as the Genie in Aladdin The Magical Family Musical.

In addition to being an inspirational motivational speaker and lending himself to charity events, Brett spent seven years writing his critically acclaimed autobiography, Hitman: My Real Life in the Cartoon World of Wrestling and is currently working on a fictional novel.

To pay homage to the Hitman’s background, the gala will see two teams go head to head in a battle to determine which community library will come out as the winner of a new Early Learning Centre. Who will triumph: Nose Hill Page Terrors or Shawnessy Spine Breakers? You’ll have to join us next week to find out!

The Bob Edwards Award Gala exudes a luxury and elegance evocative of a different time and era in our city. Embark on the black tie evening with a pre-dinner reception replete with delectable hors d’oeuvres and refreshing spirits at our host bar stations. Enjoy a lively guitarist performing at the reception, followed by a tasting of the 2016 Bob Edwards spirit selection and an elegant four-course meal. Your evening will be made unforgettable by your table host, a prominent writer, filmmaker or musician from Calgary’s creative community.

A Calgary tradition, the Bob Edwards Award recognizes provocative individuals who are not afraid to speak their minds. Come prepared to quench your thirst for fine food, spirits and lively, through-provoking conversation.